Xiaomi is going to reach 90 million shipped units result in 2017. At this moment, the company has sold over 73 million smartphones during past 10 months. This is already the way better in comparison with the last year’s result of 58 million shipped units. But the manufacturer has launched all the flagships, and it should launch a couple of other models to boost the sales. Seems Xiaomi is thinking similarly. We know three new smartphones should be launched in the nearest future. They should belong to the Redmi family. Thus they are going to belong to the mid-range and low-end category. As you know, phones from these categories are sold the most. So the set goal is not unreachable. As for now, we are going to make some clearance concerning those three models that should hit the market soon. The situation seems a bit confusing, as various leaked photos appeared on the net, and many customers do not know which models they look at. Today the so-called Xiaomi Redmi 5 Plus has been leaked in two other spy photos making the situation even more confusing. So let’s puzzle it out.

The fifth generation of Xiaomi’s Redmi line already offers two models in face of the Xiaomi Redmi Note 5A and the Xiaomi Redmi 5A. Three new models with a full-screen will join them later, on November 21. One of them will come with a 5.5-inch screen (or 5.7-inch screen). This model is supposed to be called the Xiaomi Redmi 5. The latter is said to sport a 720p resolution display, 3GB of RAM, 32GB of ROM, and Snapdragon 450 chip. The Redmi 5 is thought to be priced at 799 yuan ($120).

Amazing Offer: Grab The Full-Screen Xiaomi Redmi 5 Plus For $165.99 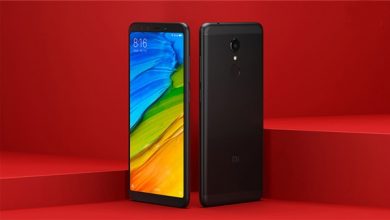 Xiaomi Launch Redmi 5 Plus And Redmi Note 5A In Mexico