Smartphone prices are increasing due to increased purchase cost of components and exchange rate fluctuations. The first devices to suffer of this were the Xiaomi Redmi 4 and 4A. Later other brands and other smartphones increased the prices for their products as well. However, Xiaomi launched another low-end smartphone a few weeks back. Many were thinking the Xiaomi Redmi 4X should cost more like the aforementioned models. But the manufacturer showed it is fighting against the whole market. The Xiaomi Redmi 4X is the cheapest phone of the company, but this doesn’t mean it is not worth a fig.

Obviously, there are other newly launch entry-level smartphones in face of the Meizu M5 Note, Nubia Z11 Mini S and others. But none of them can be compared to the Xiaomi Redmi 4X in terms of appearance as well as hardware. This handset is priced at 699 yuan ($75). And this is the most affordable smartphone of the manufacturer at the moment. It just requires to be explored.

Like other original Redmi line smartphones this one comes in a white minimalist packaging as well.

The back of the box carries some info on the phone including the name, color, memory combination, screen size, battery and so on.

Being a low-end and cheap smartphone also means it will come with the minimum set of accessories. This is the case.

The front panel is typical to other Redmi series smartphones. The front panel carries a 5-inch 720p display covered with a 2.5D arc glass. There are three touch buttons located below the screen. But they lack backlight. There is also a rear-mounted fingerprint scanner as well.

The volume rocker and the power button are on the right hand side.

The dual-SIM card slot (nano-SIM + micro-SIM) is on the left side. It can be removed via a pin.

The 3.5mm audio jack, infrared port, and noise cancellation microphone hole are located on the top. Thus it can be used as a remote control.

The bottom side comes with a symmetrical design – the micro USB port is placed between two speakers.

The back of Xiaomi Redmi 4X is made of metal. But the upper and lower parts are made of plastic. Although they are in the same color as the metal part. As you guess, the phone comes with a three-stage design common for all Redmi devices.

In comparison to the previous-gen Xiaomi Redmi 3S this model has been improved a lot. The back panel comes with a smooth metal matte texture. The borders are slightly rounded. This makes the phone more convenient in terms of ergonomics. The only complain towards the phone is the weight. The Xiaomi Redmi 4X weighs 150 grams. At last, it’s a bit bulkier than we expected – 139.2 x 70 x 8.7 mm.

Seems we have entered into the era of artificial intelligence (AI). Almost all smartphone makers have announced about their ‘smart’ systems: Meizu’s Flyme OS 6 known as intelligent thinking engine; Huawei’s EMUI 5.0 with a smart learning system. I am not talking about the LeEco Le Pro 3, which is known as the first AI phone in the globe. Of course, these systems has nothing common with IBM Watson or Google AlpheGo. Likely, we are dealing with a marketing term.

As for the Xiaomi Redmi 4X, the phone comes with MIUI8.2 pre-installed. There is a special feature called Smart Assistant. This is one of the most attractive part of Xiaomi’s OS.

Thanks to large data analysis it is capable of providing more intelligent services. Say, you can swipe from the left side of the phone in order to quickly view traffic usage, book reading progress, bus subway and so on.

Moreover, there is a WeChat payment system as well as a dozen other WeChat. Thus, MIUI8.2 offers more comfortable way of using this service. WePay or AliPay icons can be added to the quick start screen (totally 5 icons).

Other than that, MIUI8.2 provides real-time info on carrier, weather, music and so on.

Generally, Qualcomm’s Snapdragon 400 series SoCs have been made for low-end devices. Identically, the Snapdragon 600 series are designed for mid-range handsets. But when the Nokia 6 was announced with a Snapdragon 430 onboard, people began paying more attention to the 400 series and looking at it differently.

The Xiaomi Redmi 4X is also packed with a 2GB/ 3GB RAM and 16GB / 32GB ROM. But as the 2GB RAM sounds outdated, it’s strongly recommended to get your hands on the 3GB + 32GB version. The CPU scores 43.461 at AnTuTu showing we are dealing with a low-end device with a stable performance. Be sure, it’s enough for a daily use. At last, the main advantage of this chip is 4G+ network support.

The phone is packed with a 4100mAh capacity battery, which seems to be too large for a 5-inch screen. But thanks to it the Xiaomi Redmi 4X is capable of providing long life. For example, when WiFi is on, brightness is set at 50%, volume is at 53% and the phone is fully charged it will drop to 85% after 4 x 22 minutes of video playback. Thus it can provide up to 580 minutes of video playback that is equivalent to 9.5 hours.

Apart of this, the Redmi 4X was tested via PCMark battery test, and it showed 13 hours of normal use. That’s good enough.

However, do not forget we are dealing with a low-end device, and it supports only 5V / 2A charging. As the screenshot below showcases, it takes 160 minutes to charge the phone to 100%.

In comparison to the original Xiaomi Redmi 4 we won’t see many improvements in terms of hardware. But this doesn’t mean the 4th gen Redmi handsets sport weak features. Vice versa, the manufacturer focuses on batteries.

The Xiaomi Redmi 4X is the cheapest phone of the manufacturer. But this can’t be applied properly if not taking into account the time when it was launched. I mean now all smartphone makers raise the prices for their handsets, but Chinese Apple decided to release such a handset showing how it takes this situation. 699 yuan ($75) is what you have to pay for the Xiaomi Redmi 4X. And it’s quite affordable if taking into account you will acquire 4G+-enabled devices with satisfactory performance as well as good appearance. 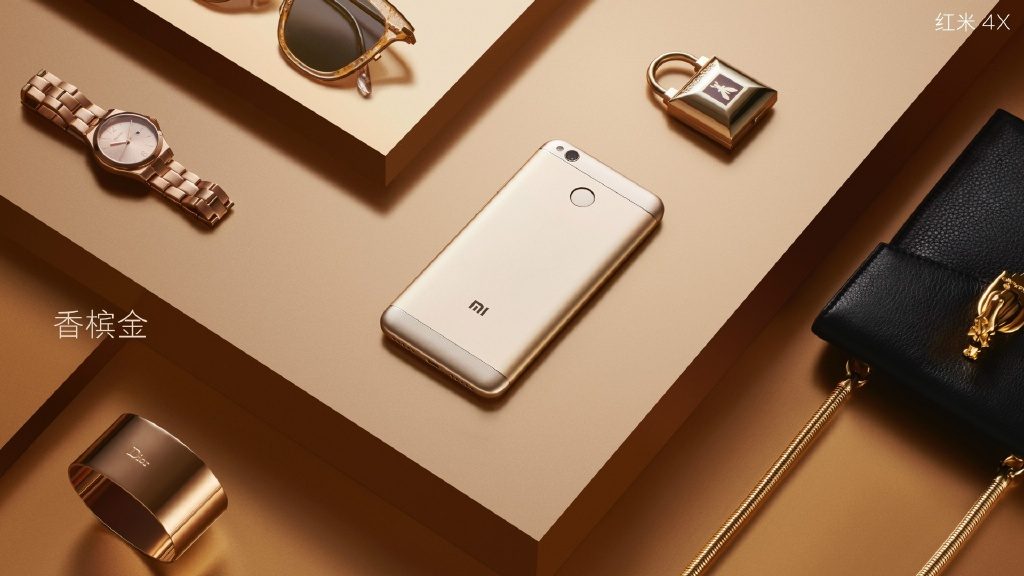