After the Redmi 3, Redmi Note 3 and Redmi Note 3 full version Netcom on the market for some time, Xiaomi release another 1000 Yuan new flagship Redmi 3S and this device has come to our evaluation room. Snapdragon 430 processor, MIUI 8, Qualcomm Quick Charge 3.0 for 1000 Yuan, these are all selling point of this new flagship, so let’s look deeply into several aspects of Redmi 3S. 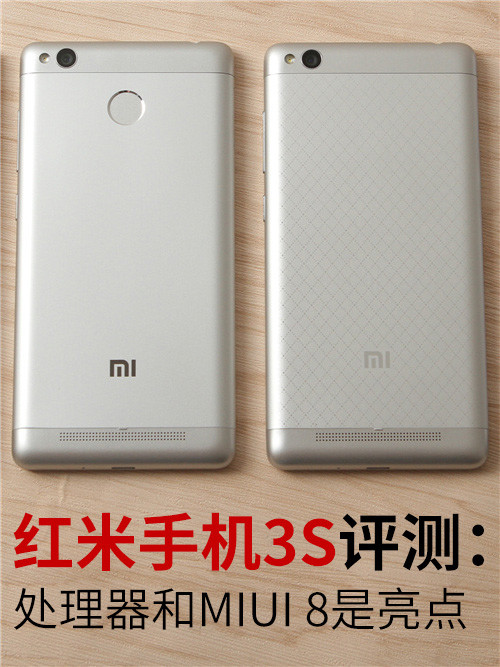 Because Redmi 3S two versions have the same priced as Redmi 3, and Redmi Note 3 and Redmi Note 3 full version Netcom two standard edition priced at 899 yuan so at the same time there are four Redmi phone compelling a dyslexic choice for the Mi fans. But Do not worry! By reading this article you can get the perfect answer, exactly which one is right for you.

Redmi 3S in appearance continuation of the Redmi 3 mobile phone design, little change overall, compared to the other three Redmi phone in appearance and for the difference please look at the following few pictures:

Redmi Note 3’s large screen is very eye-catching, compared to the other three single-handed operation experience The 1080P resolution allows to display more crisp and clear whereas 720P of another three Redmi phone display is also not bad, after all.

Four phones with a full metal body design sports fingerprint recognition on its back, except Redmi 3 standard version. The Redmi 3 high version and Redmi 3S really look-alike, the only difference is the red colored texture of Redmi 3 High Version, and the unique Redmi 3 standard version take stars’ texture, a lot of Mi fans jokingly call it “stockings edition.” But Redmi Note 3 has used another type of design language, centered camera position, aligned fingerprint recognition module, with the introduction of the color temperature of the flash. Every each of them has the aesthetic vision and no ranking points, as per the lowest price, I prefer Redmi 3 Standard Edition (699 yuan), the stockings style.

Buttons of the two side and four Redmi phone slot layout design are fairly uniform.

None of the four Redmi mobile phones feature USB Type-C interface, three of the Redmi’s have symmetrically positioned USB port while the Redmi Note 3 USB connector is in left-biased side of the body.

One of the key performance section of this article test session, let’s compare the price of the main parameters of several similar Redmi phones:

As shown above among the four models the most obvious difference is the different processor, Redmi 3 standard version and Redmi 3S four different processor chip manufacturers. We can just take a look at this article and compare together the performance of four processors in terms different benchmarks.

Game compatibility, we used the Subway Surfers, Riptide 2, Need for Speed 17 and Asphalt 8 for an assessment of four models. Redmi 3S temporarily was not compatible with Asphalt 8 (flash back cannot enter the game), else all four models are relatively smooth at performance, graphics quality is also good.

Redmi 3S Snapdragon 430 compared to the Redmi 3 Snapdragon 616, EER control is even better, at the same time introduction of the MIUI 8 chain start control is awesome. In order to reduce the number of applications in the background from somehow start, MIUI 8 introduced chain start control to prohibit non-essential applications start calling each other, that is, commonly known as family bucket to start. Obviously just open a third-party browser or input method, the background of this software application puts all the family to call up, maps, takeout, taxi, social and other software to instantly run out of system resources, which also secretly further increase the phone’s power consumption.

We took a look to the Snapdragon 430 dual ISP tuning style, first daytime scene. In this article, all samples are basically using Redmi 3S maximum output pixel value (13 million pixels) shooting and continuous shooting the same scene at least five photos, including the selection of the most stable one as an example.

Shooting day was a sunny day, direct sunlight coming from the side, as shown clearly see a white area on the left. Photos overall impression is good, we amplify the center and edge details.

This 13 million pixel CMOS properly play its due level, fence texture is still able to recognize, outside the building clothes, furniture and building air conditioners can also make outline sketched out.

The price of the phone is certainly compromise on the edge resolution, Redmi 3S performance is OK, but the trees are quite serious smear, while the direction from the center to the edge all the way past the applicator can clearly see this phenomenon more and more serious .

Redmi 3S HDR synthesis algorithm is more in line with most people’s expectations, the outline of the sun after the open part, HDR can clearly see. But for thousands priced less mobile phones, frequently they have star spots and glare phenomenon which can not be avoided.

Above set of samples in the upper right corner after opening HDR can be overexposed highlights and details of the reduction back. 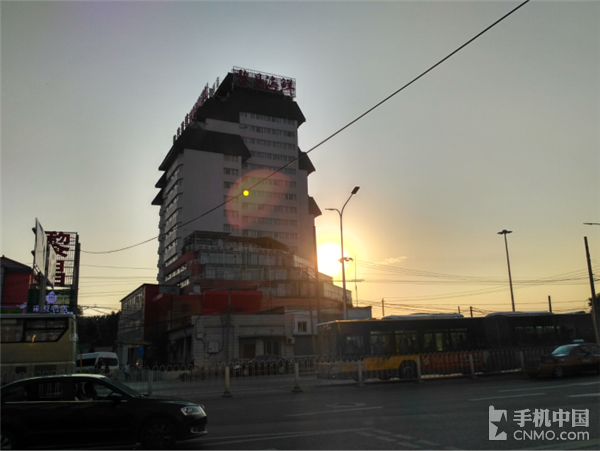 The above set of samples can make the dark detail good to make up back when backlit, but still there appears glare problems.

Daytime macro performance is quite good, thanks to f2.0 large aperture allows bokeh obvious, there does not appear chaotic phenomenon. On the other hand, layered three-dimensional flowers presented some chaotic natures (but that day outdoor we did not find any crimson flowers to test, after all, that is the best test of layering scene).

Macro performance of some part in the night was dull, and there is also slowing focusing speed problem, phase focusing in low light automatically turns off, the contrast AF speed is not ideal, above this sample is a relatively stable one, several other photos appeared fuzzy.

Indoor scenes exposure algorithm still tend to the mainstream, in shadow detail and highlight detail choose one to take into account, hence the figure highlights the significant overexposure.

The above description of the two samples, Redmi 3S appear to have the problems to focus when it came to the light board, even if the manual focus still appear overexposed and blurring such as the above two samples, it is estimated as the problem of engineering machine. 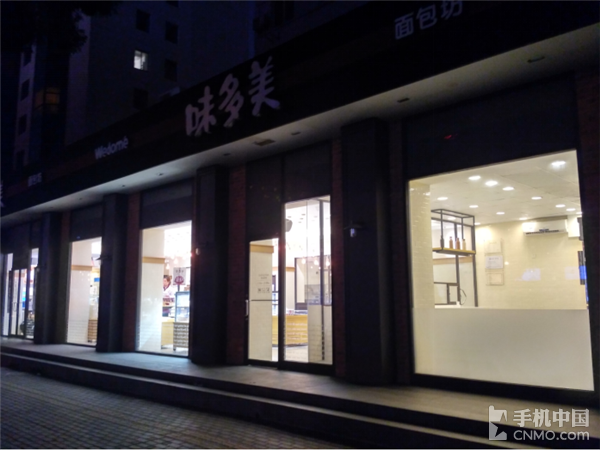 Even though outdoor night scenes exposure algorithm is still not ideal, shadows and highlight details lost, but after opening HDR imaging is acceptable.

Redmi smartphone 3S glare control is not ideal, expect the next will further improved performance.

Back to the beginning to discuss issues Redmi 3S camera performance, is Dual ISP able to shoot all the scenes much faster? We test the most demanding operation than heavier HDR scene, for example, whether it is Redmi 3S sunny day, or the dark night, after pressing the button HDR synthesis basically need to wait about 5s time.

The above problems for hand-held photography is a poor user experience, but the image effect is remarkable, and not because of the extended hand-held mobile phone imaging time, so that the picture becomes blurred. It should be stressed that some phones with dual ISP links in the night portion of HDR shooting time has to wait nearly 10s, by comparison, this Snapdragon 430 dual ISP HDR synthesis speed is good at night, just a little slower during the day.

MIUI 8 basically a continuation of MIUI 7 camera interface that still provides the opening aid composition grid lines option, is still selected for support after the focus by sliding around (landscape) or vertical slide (vertical screen) to increase or decrease the overall brightness of the screen.

Suppose everyone’s budget is only 899 yuan, we are able to purchase Redmi 3 high Edition and Redmi 3S high Edition, as well as Redmi Note 3 Dual Netcom Edition and the Redmi Note 3 full Netcom Edition of each standard version of this four product. Performance is everything, readers can start decisive with Redmi mobile phone Note 3 full version Netcom, the Snapdragon 650 processor born out of Snapdragon 652 and the other three are not the same level.

But if you feel 5.5 inches’ screen is too big, 2GB RAM and 16GB ROM not readily enough, and you do not mind the gap between the 16 million pixels and 13 Million Pixel camera, and want to experience a Snapdragon 430 Quick Charge 3.0 fast charging technology (need to purchase fast charge head) and dual ISP, Redmi 3S is your best choice.

Finally, if you have 699 yuan Redmi 3 standard version stockings model hits the soft spot, ignoring the models described in this article today.

The phone is currently offered at $129.99 if using the coupon (code: XRSGB). But there is only a limited number of this handset. So hurry up not to miss your chance. 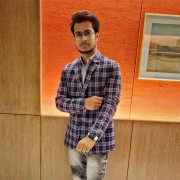