Today Xiaomi announced the next-gen Mi TV 4, which has been unveiled at CES earlier this year. The selling point of this TV set is the ultra-thin design at only 4.9mm and ultra-narrow bezels. It took 4 years from the manufacturer to design the Xiaomi Mi TV 4. So we should state this company works very detailed on its flagship models. This is similar to the case of the Xiaomi Mi 6. I guess you remember Lei Jun’s words concerning those long-lasting 7 years that the company has spent on it. So now the company has worked hard and came in with another cost-effective model. As for now, let’s recall the key features of the Xiaomi Mi 4 and learn when it will be available for purchase.

This TV comes with a free three-year Mi TV membership. Thus you will get a clear content at 2560 x 1440, which is the way higher than Blu-ray and DVD. Plus, this is the first product in its category using Thunder Star domain CDN high-speed technology providing smooth playback at 24M high bitrate.

All these features sound too attractive, but do not forget we are dealing with a Xiaomi product. Thus there should be something innovative. Fortunately, the Xiaomi Mi TV 4 comes with an upgraded artificial intelligence voice system, which is now open to third-party developers. By the way, there are 8 Xiaomi eco-chain products compatible with the Xiaomi Mi TV. Among them we can find an air purifier, smart robotic vacuums, intelligent lights, air conditioners, rice cookers, cameras, smart sockets, and wall switches.

Xiaomi says they have been inspired by the science fiction novel ‘The Three-Body problem’ when making the Xiaomi Mi TV 4’s platform. It uses cloud interaction as well as an app, to protect the content via HTTPS. So we can use voice commands to interact with our own devices to play music, set alarms or timers, answer questions, etc. In the future, the water drop platform will also provide NLP capabilities and user data based on a massive platform.

The smaller models support dual-band WiFi 802.11n, while the larger model supports 802.11ac as well as beamforming. As for interfaces, there are two HDMI 2.0, an S / PDIF, an AV, a DTMB, a USB 2.0, a USB 3.0, and an Ethernet ports on smaller Xiaomi MI TV 4 products, while the 65-inch version comes with an additional Woofer as wellas a DC IN.

The 49-inch has only two 6W runaway speakers, and the 55-inch TV has two 8W duct inverted speakers. The 65-inhc variant is called a Dolby panorama home theater version. So the audio specifications are much higher. Say, there is an additional Dolby panorama 5.1.2 home theater priced at 1494 yuan ($215) that has a 10-speaker Soundbar (including two-way reflection), a wireless rear surround speaker equipped with a subwoofer, a total of 13 generating units. As for the subwoofer, it comes with a low noise hydrodynamic optimization design, reflective inverted tube, and supports the input power of 80W (THD <10%) or up to 100W, a frequency response range of 30-170Hz, adjustable frequency points 60-150Hz, and a 2.5mm audio cable connection. The wireless rear surround speakers come with an input power of 8W (THD <1%), frequency response range of 150-20000Hz (-6dB), rated impedance of 6 ohms, and 5G Wi-Fi connection.

What is Android GO ?

Xiaomi Mi Max 2 Coming on May 25: No MIUI on This Date 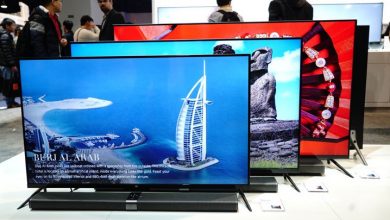 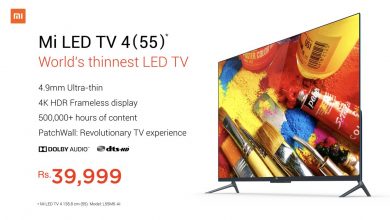