Xiaomi Mi 5S is Xiaomi’s upcoming flagship and will pass the rich heritage of Xiaomi Mi 5. The latest flagship from the Eastern land will highlight some stupendous features, robust hardware, and stunning design with a competitive price in the market. Get ready Apple, Samsung, Huawei, and Lenovo for a tough time.

So, here is everything you need to know, all under one roof:

Xiaomi Mi 5S / Plus – The Details from the Leaks

First, for those who think that Xiaomi Mi 5S is a single flagship, must be corrected. Following the footsteps of Apple’s iPhone, Xiaomi Mi 5S will arrive in two different variants:

Attention: The internal data of table “136” is corrupted!

On September 27 at 10 AM, Xiaomi will hold a conference which seems to be the stage for the launch of Mi 5S/Plus. Even the Chinese manufacturer have published a poster regarding its release. 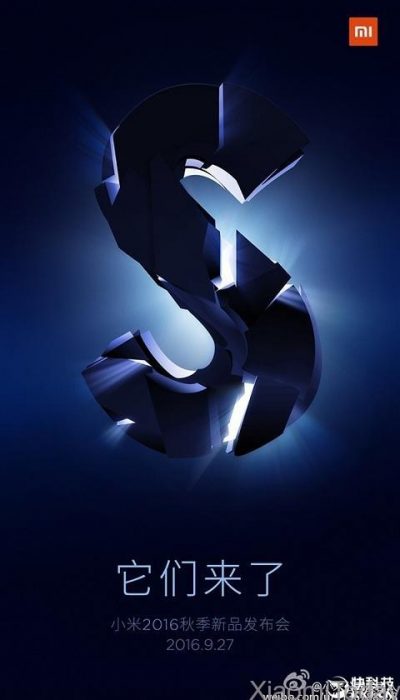 The tickets for the conference are priced at 199 yuans, but we think the conference has been a houseful weeks back as there were only 800 tickets available. We hope that you’re among the lucky fellows like us.

Mi 5S/Plus will continue the trend of the elegant ceramic chassis along with those curved rear back further exaggerating its beauty. The design is almost the same, yet there are modifications to make the younger brother of Mi 5 much better and attractive. 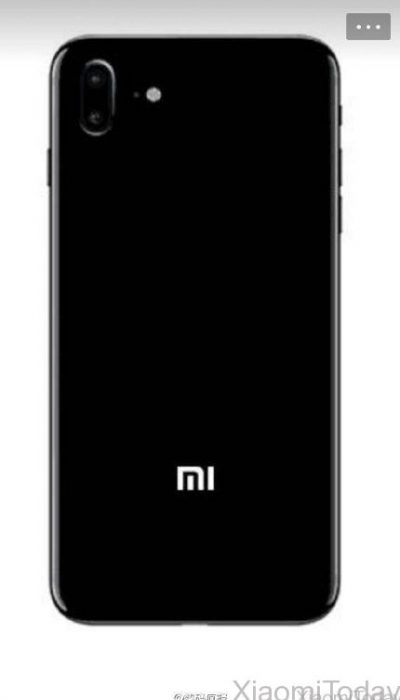 The camera layout has been changed to the dual lens (dual camera), in a vertical symmetry, maintaining its position on the top left. It’s similar to iPhone 7 Plus, but the arrangement is a bit different. 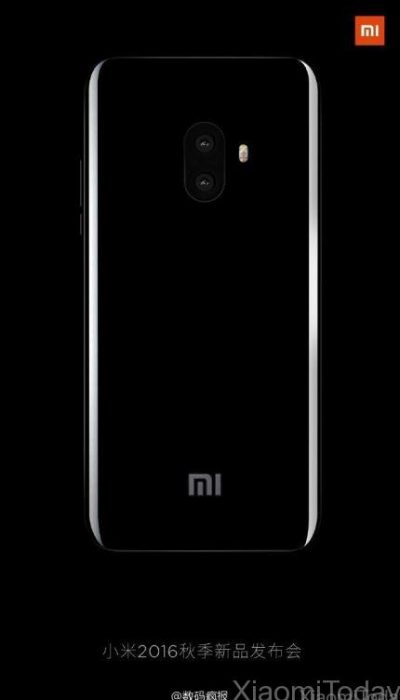 We even received another leaked picture of the rear of Xiaomi Mi 5S which shows the camera placement at the top center. This doesn’t make any sense as all the other leaks intimated the traditional position, making it obviously a fake and PS one.

Changes can also be seen with the front view of Xiaomi Mi 5S/Plus. Instead of using a square home screen button, they have followed iPhone and Nubia smartphone, especially the dotted back and menu button along with a backup of blue LED. This approach is totally different for Xiaomi as they have never used this type of button layout. In any of their smartphones.

For those who think Xiaomi Mi 5S/Plus is a ditto copy of Mi 5, are wrong, as this flagship is more than a descendant of the standard Xiaomi Mi 5.

Here comes the selling point of the flagship. Speaking of the hardware, Mi 5S will embed a stunning 5.15-inch Full HD display. Qualcomm’s latest Snapdragon 821 (2×2.4 GHz Kryo & 2×2.0 GHz Kryo) will be the heart of the flagship under the hood along Adreno 530 the GPU, 4/6 GB RAM, and internal storage will 64/128GB. As two terminals with Snapdragon 821 have already been launched, so sadly, Xiaomi Mi 5S will not be the first one to feature it. Another disappointing fact is no use Gorilla Glass Protection. We don’t know why Xiaomi does not use that wonder protection.

Meanwhile, the large version will come with almost the same specs but a greater and stunning 5.7-inch 2K display and maximizing internal storage to 256GB. 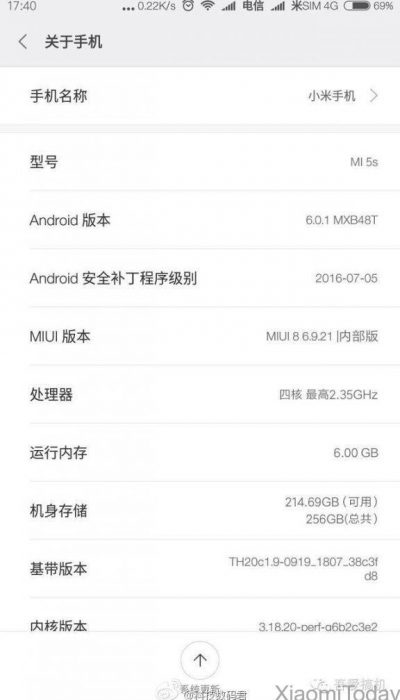 Both of the variants will track Redmi Pro by integrating 16MP Sony IMX378 dual camera along with Dual LED Flash and a 4 MP Front shooter. The terminal will run on the latest version of Android v7.0 (Nougat) and MIUI 8. In the end, the phone will be powered by 3490mAh Li-ion, non-removable battery.

Even Mi 5S became the best Android smartphone (Performance based) when it left behind Asus Zenfone 3 Deluxe and LeEco Le Pro 3 by scoring 164002 points in AnTuTu v6.1.9

Mi 5S’ rear dual camera is worth mentioning. It will feature f/1.8, phase detection autofocus, OIS (4-axis) and 1.12 µm pixel size. We are not sure that it’s 16 MP or not, but the fact is that the dau camera is creditable.

The CEO of Xiaomi ‘Lei Jun’ posted some of the images taken from Xiaomi Mi 5S Plus showing tremendous color production, stupendous focus alongside brightness. Here are those pictures: 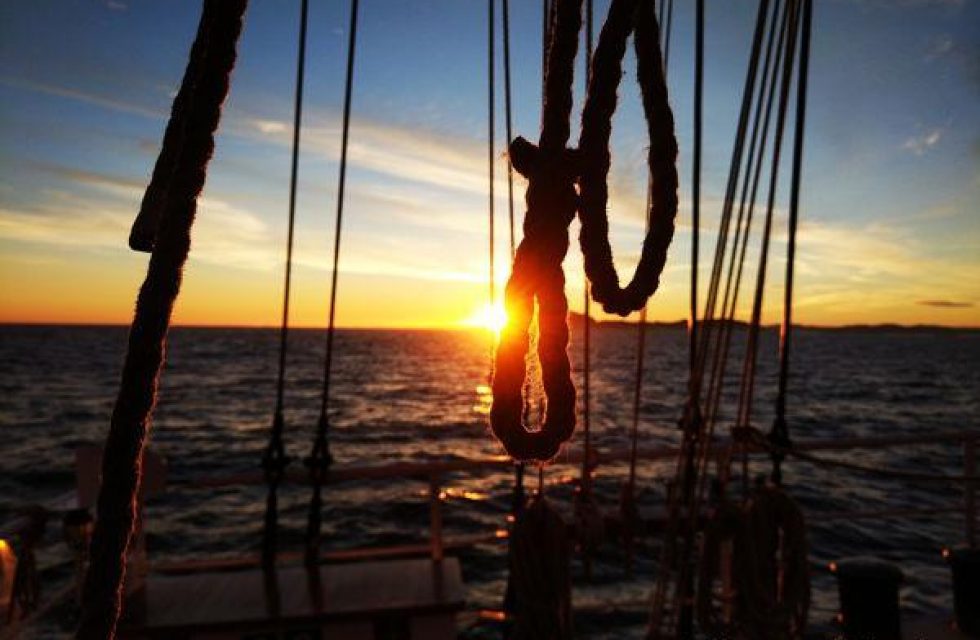 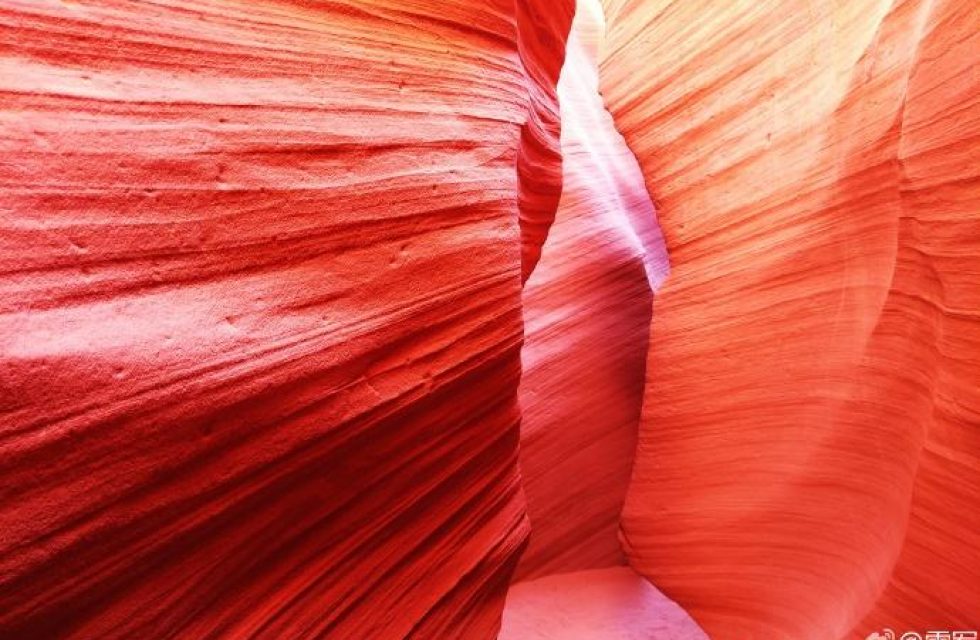 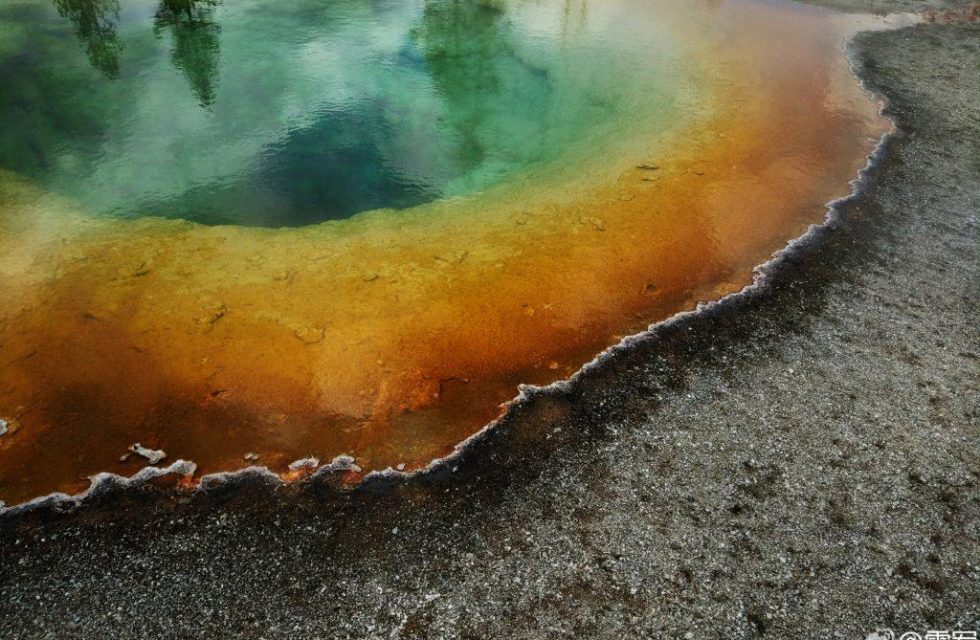 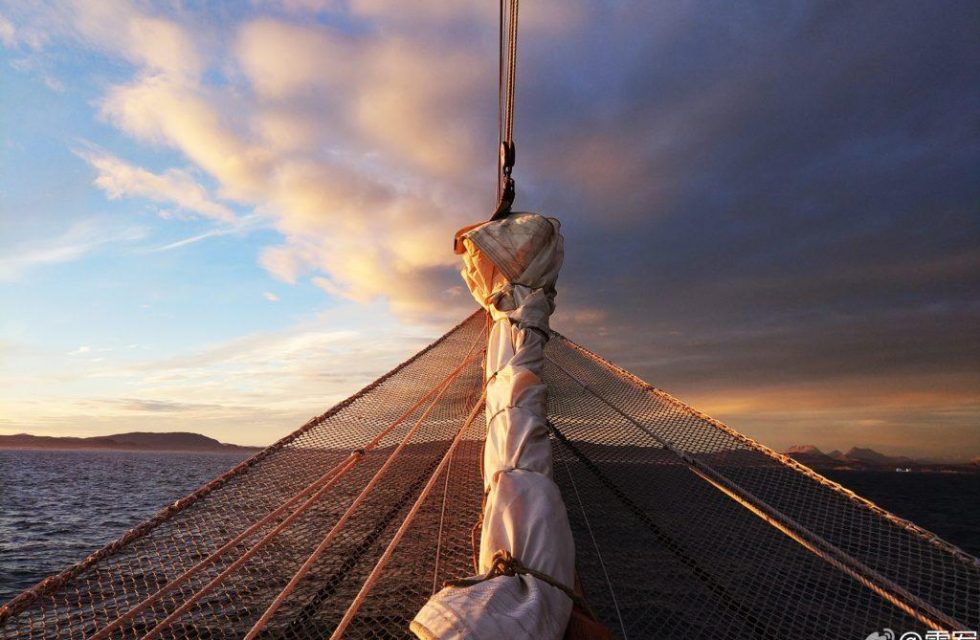 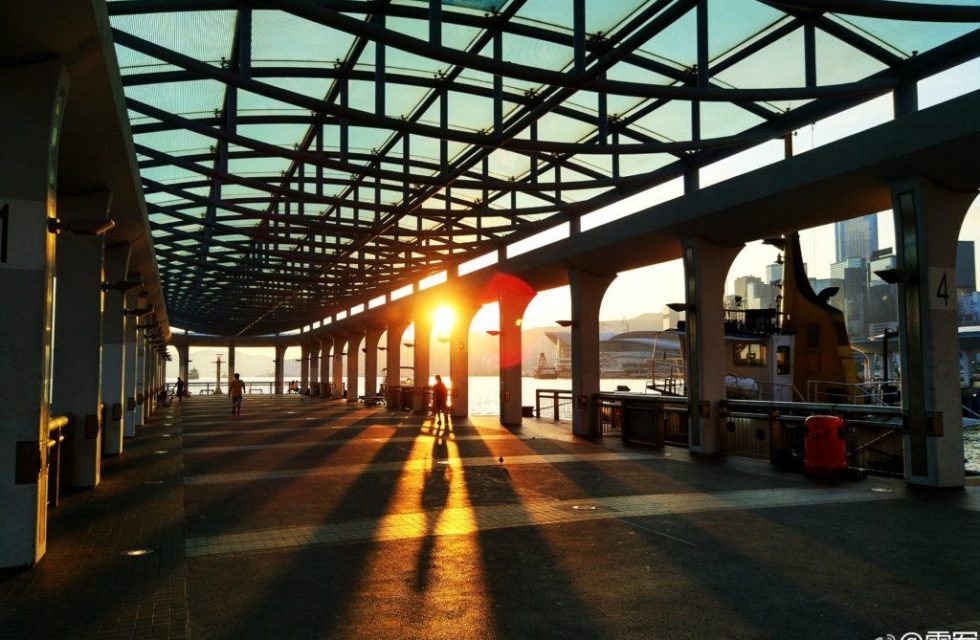 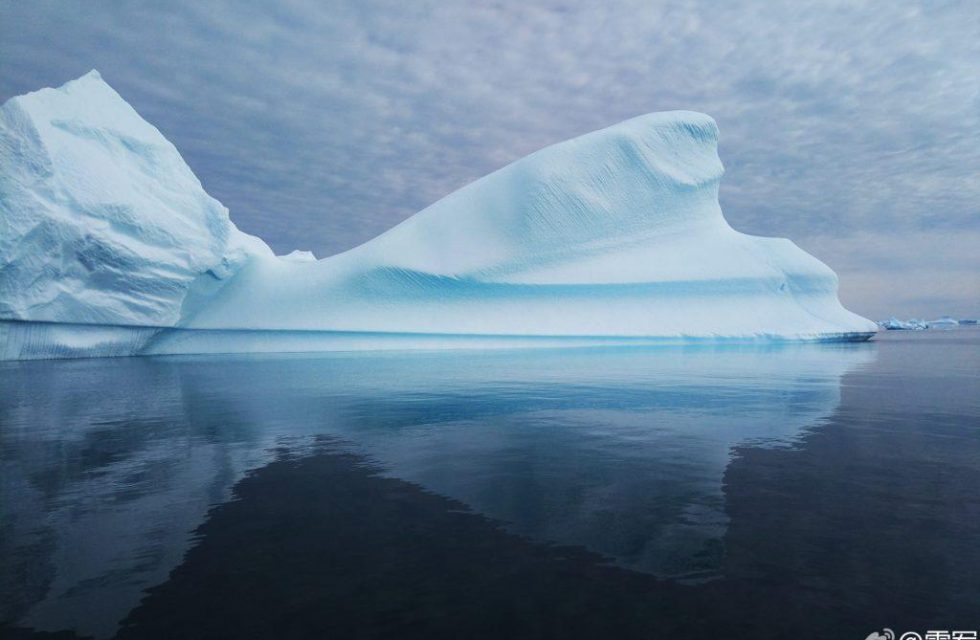 We still think that like iPhone 7, Dual Camera will only be limited to the Plus version of Xiaomi Mi 5S. But the leaks doesn’t tell the story like this. However, that’s our concern.

With the release of Xiaomi Mi 5S / Plus, new exciting features will be packed into it. Here are some of those features leaked:

It’s 21 century, and we don’t have to worry about taking our wallet with us as Xiaomi’s upcoming flagship will continue to feature NFC Chip.

Well, NFC is indeed a blessing for the Chinese out there. Why? Well, Mi 5S will support Mi-Pay all over China.

Like the iPhone 7, Mi 5S will feature Pressure Sensitive 3D Touch support. Don’t believe us? Here take a look at these screenshots:

Surely, the appearance of the secondary menu on the icon suggest the same as we said. Didn’t it?

Passing the tradition, Xiaomi Mi 5S will continue to highlight IR port and why not? Well, that is why Xiaomi is famous for.

Whether Xiaomi Mi 5S is the first one to rely on Snapdragon 821 or not? Just forget it. In one aspect Xiaomi along with Mi 5S/Plus is certainly going to make history as: 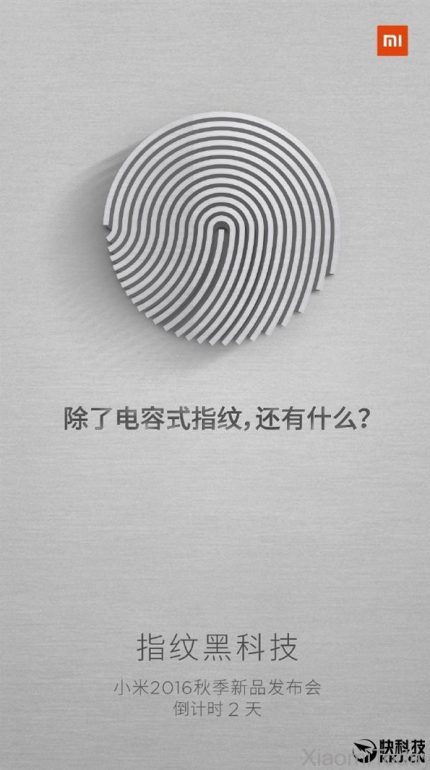 And guess what? This time, Apple is going to mimic the phone for its next iPhone 8.

In conclusion, we must mention that the flagship will be on sale on September 29 in Jingdong. The variants will be priced at:

That is expeditious by Xiaomi to sell the product two days after the release. We hope that the Global availability also arrives soon via Chinese stores like Gearbest and Aliexpress. Don’t worry we’ll inform you. 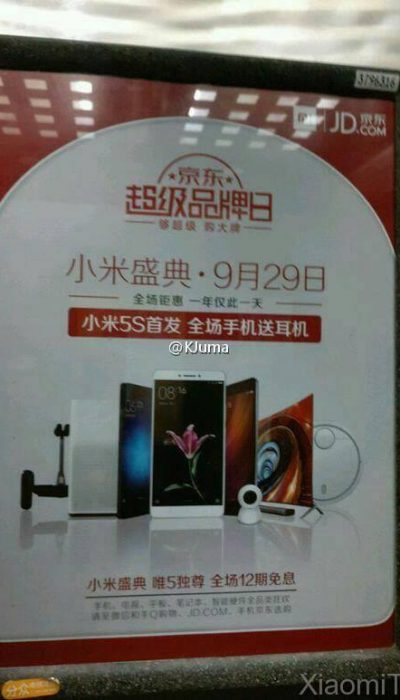 As far as India is concerned, the arrival of Xiaomi Mi 5S depends on the selling and popularity of the smartphone in China as well as globally. We have seen high selling smartphones like Xiaomi Mi 5 and Redmi Pro 3 launching in India within a month. But still, Xiaomi is just setting up in India. Let’s hope we’ll get Xiaomi Mi 5S/Plus soon, regardless of the location.