If you thought that the Xiaomi Mi Note 2 and Mi Mix were the latest surprises that Xiaomi had reserved for this year, then you’re wrong; as it recently came to us evidence that the Chinese Apple is preparing a couple of smartphones whose release date is scheduled for this year. It should be noted that we are not talking about the Mi 5C or the recently announced Mi 6. Not at all, we refer to the Xiaomi 2016111 & 2016112, or at least these are their codenames for the time being.

This new comes directly from TENAA, the certification center in China, where new products undergo certifications to ensure that they meet their rigorous standards before releasing them to the market. Therefore, we know that the source is reliable since by this medium we knew in advance about the existence of the Xiaomi Mi 5S, Mi 5S Plus and Mi Note 2. Keep in mind that when a new device is listed, it appears with the name of the company and some numbers that often lack meaning to us.

When a new device is listed, it appears a short overview next to it, which reveals the Smartphone’s specifications. In this case, it is rumored that both phones have the same specifications: A 5-inch TFT screen with HD resolution, aluminum alloy body and when it comes to Hardware, a quad-core processor running at 1.40GHz, alongside 2GB of RAM and 16GB for internal storage, which is expandable up to 128GB (only in the Xiaomi 2,016,111 though).

The OS will be Android 6.0.1 Marshmallow, but because it’s Xiaomi we are talking about, we know that it will include the latest version of MIUI 8. The preview pictures show that these smartphones will include the characteristic fingerprint scanner on the rear.

The rear camera will have a 13MP sensor and the frontal camera is 5MP.  When it comes to connectivity, the Xiaomi 2016111 & 2016112 will come equipped with 4G LTE, Bluetooth, GPS and FM radio support. The battery would have a capacity of 3030mAh, which should be more than enough for a device of this range.

We do not have a precise answer to this question, but based on the codename of the terminals, we can confirm that Xiaomi intends to launch them before the end of 2016, if this is the case, in the coming weeks these smartphones could have an official announcement. Regarding the tag price, it is rumored that these terminals could have cost around $110 (€ 100) – $165 (€ 150).

It’s worth mentioning that we are talking about low-end devices (but with Xiaomi quality, of course), which are suitable for those who do not want or cannot afford a high-end phone such as the Mi Note 2 or Mi 5S. 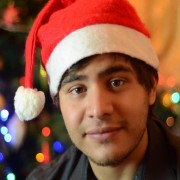 Leagoo T1 Review: Made to Compete with Selfie-centric Oppo F1