There are more than 200 million users acting with Xiaomi’s own user interface dubbed as the MIUI every single day. That’s why when it has been announced the new OTA update will come to change the UI version from v.7 to v.8, it caused a huge stir. It’s almost more than a week we have got our hands on the MIUI 8, and as we have had much time to play with it and find out what’s what, it’s the right time to write down all the changes this company has made in its own software.

Generally, the MIUI 8 comes with a new pallet of bold colors, but the overall appearance has not been changed and the user interface remains the same. One of the major changes for a user eye can be a new font called Mi Lanting, a new font family designed in the way to correspond both Latin and Chinese scripts. The experts say they are great and highly legible even staring at the screen for up to 6 hours, according to the VP, Mr. Fong Heng. While many can think this is not a serious deal, thanks to Mi Lanting font Xiaomi has become the third company in the world designing its own font after Apple and Google. Moreover, it’s stated the company has spent approximately one and a half year to find the proper design

There are two features made to improve the battery life. First, this mode freezes background apps and tasks making a phone to keep charged longer, and second, users can select which apps should be loaded at startup,. This will prolong battery life as well.

All our photos taken via cameras on a smartphone are stored in the Gallery. But Xiaomi decided to take a step forward and now you can store all your photos in Mi Cloud enabling more storage in your phone. Thanks to Mi Cloud Photo Sync feature a handset stores all photos in the cloud while stacking only the Hi-Res previews of each.

There is also a new feature allowing users to add an effect once a video has been recorded. Editing tools with crops, filters, captions and music can be used right from the camera app choosing the most corresponding template. The same can be done on the photos as well. Say, you can add new stickers to your photos making them look funnier.

As many like to say ‘sharing is caring’. So Xiaomi does. Mark the photos you want and share them with a simple swipe up. If you want to edit them before sharing, you can change the filters with a single tap.

At last, there is a new mode for viewing panoramic shots. Now you can view them in a horizontal layout instead of vertical arrangement to increase the viewing area. Now they are viewed in a more landscape-like appearance.

Xiaomi has also improved some features when taking screenshots. Imagine a situation you have to take up to 10 screenshots of something. What you would do – take screenshots for every page. Now you can use Long Screenshots feature and scroll a screenshot making it longer than what appeared on the screen. You can also edit some parts of that long screenshot if a certain area shouldn’t appear on your screenshot.

Recently we have been reviewing the Ulefone Metal that comes with an interesting feature called Float Multitask Windows. It looks like a gun drum, but there are different apps and widgets instead of bullets. Almost the same has been appeared in the MIUI 8 dubbed as the Quick Ball. This widget is always on the screen and a single tap will activate 5 different apps you want to use quickly. So you can decide which apps are used the most and put them into the gun drum.

As many users have been complaining on why they can’t use two apps at the same time, the manufacturer decided to make it real. To enable the Dual Apps just go to Settings -> Dual Apps-> Tap on the app you want to make a clone and it will have a duplicate version ready to work properly for two accounts.

But this is not the all for dual options, as there is also the Second Space. Thus you own two phones in one. You can import your files, contacts, photos to the first space and vise versa. Once you switched to the second space you will get a notification there is still another space to use. The security is at the highest level, as switching requires entering a password for each space. Thus it’s a perfect option who sees no problem when someone else uses his/her phone.

Xiaomi has also redesigned the call interface. The Receive button is rounded now and moved to the center. The Message button has moved as well. The same can be said for the Speaker and Notes icons, and the latter is very handy when taking down the Number.

When receiving a call we see a redesigned End button that is rounded now. Generally, Xiaomi has decided to provide a smoother design and many icons/buttons come in round shapes. The added animations will help you don’t persecute when dialing.

The dial pad has been changed in a good way too. Now the Call button is bigger, and now it’s more comfortable to sort out the Call list including the option of Calls from Unknown Numbers.

MIUI 8 comes with a number of new wallpapers helping you customize your Xiaomi handset in the way you want. The company has cooperated with more than 50 companies that offered different wallpapers in 12 categories. So you can choose your preferred category, set the frequency and the wallpapers from a certain category will change daily.

Xiaomi has added an interesting feature to the MIUI 8 that is able to solve math problems by scanning the question. I guess you will keep your Mi handsets away when your children doing homework.

Another useful feature of this scanner allows to take a picture and shop for similar items online. This can be used in the cases when you see something you want to own but you don’t know how it’s called where to buy from. The Snap and Shot feature is similar with Google’s search for images in Chrome.

Almost the same can be implemented when you hold a certain item in hands. You can scan its barcode and look for offers online. Say you have seen a great accessory at a store, but you want to get it from eBay at a lower price. Just scan the barcode and look for available offers.

The scanner is also great when generating QR codes for Wechat wallet and Alipay. I guess this was in the developers mind initially.

To activate it you have to sign in your Xiaomi account on a phone, make sure there is an internet connection (WiFi or mobile data) and enable the Find Device option in the Mi Cloud settings. However, if there is no internet connection when your phone is lost, this feature can’t control it. But once a connection is available you can Locate, Lock, Alarm it or erase the data remotely.

Like many other internet telephone services such as Apple’s FaceTime, Microsoft’s Skype or Viber Xiaomi decided to have its own VoIP service that is called Mi Voice. This is one of the best choices to keep costs down when you need to call and there is an internet connection. Of course, these calls are free, but you will succeed only if most of your contacts have Mi Voice accounts.

The overall interface of the camera app has been improved and the manufacturer has added many new features to it as well. Now you don’t have to swipe to find the needed option, as they all present directly in the app.

There are new modes like HHT, Manual, Timer, Panorama and Scene mode. The video recording options such as with Time lapse or Slow motion are there as well.

Probably not that much has been changed in the Calendar, but what’s noticed immediately is that every month comes with its own color like June is Orange and March is Green. The separation by colors has spread onto events as well.

With the help of new MIUI 8 calculator you can do more than just calculation, for example you can manage your loans, incomes, taxes or you can make scientific calculation. Want to implement currency conversions? It’s there as well. So all the calculations regardless their function can be implement with this app.

Xiaomi has redesigned its Notes app as well. Now you can set passwords for them and no one but you can access them. It has a few handy revamps as well. Say you want to create a new note quickly, just swipe down and write what you want. Want to delete a certain note, a double tap will ask to remove it or not.

I guess there are some other improvements made by the manufacturer in its latest ROM, but probably those changes don’t seem significant to me. Anyway, we have to state Xiaomi’s MIUI 8 brings many useful and innovative features that make the manufacturer to become more competitive in comparison to top brands.

Till today the MIUI 8 has got 20 million downloads, thus only 10% of all Xiaomi users. This number will grow in coming days when the OTA update becomes available for more devices. Of course, there will be some bugs in the UI, but it’s matter of time and the company will fix them via forthcoming minor updates. 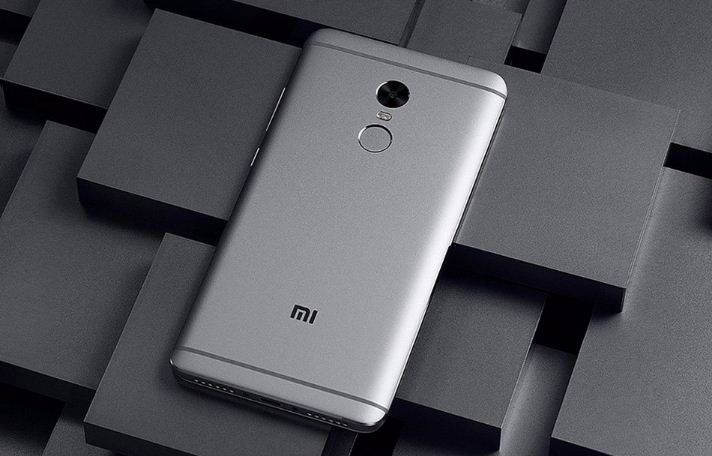 Xiaomi Redmi Note 4 Gets Android Nougat Update Around the Globe! 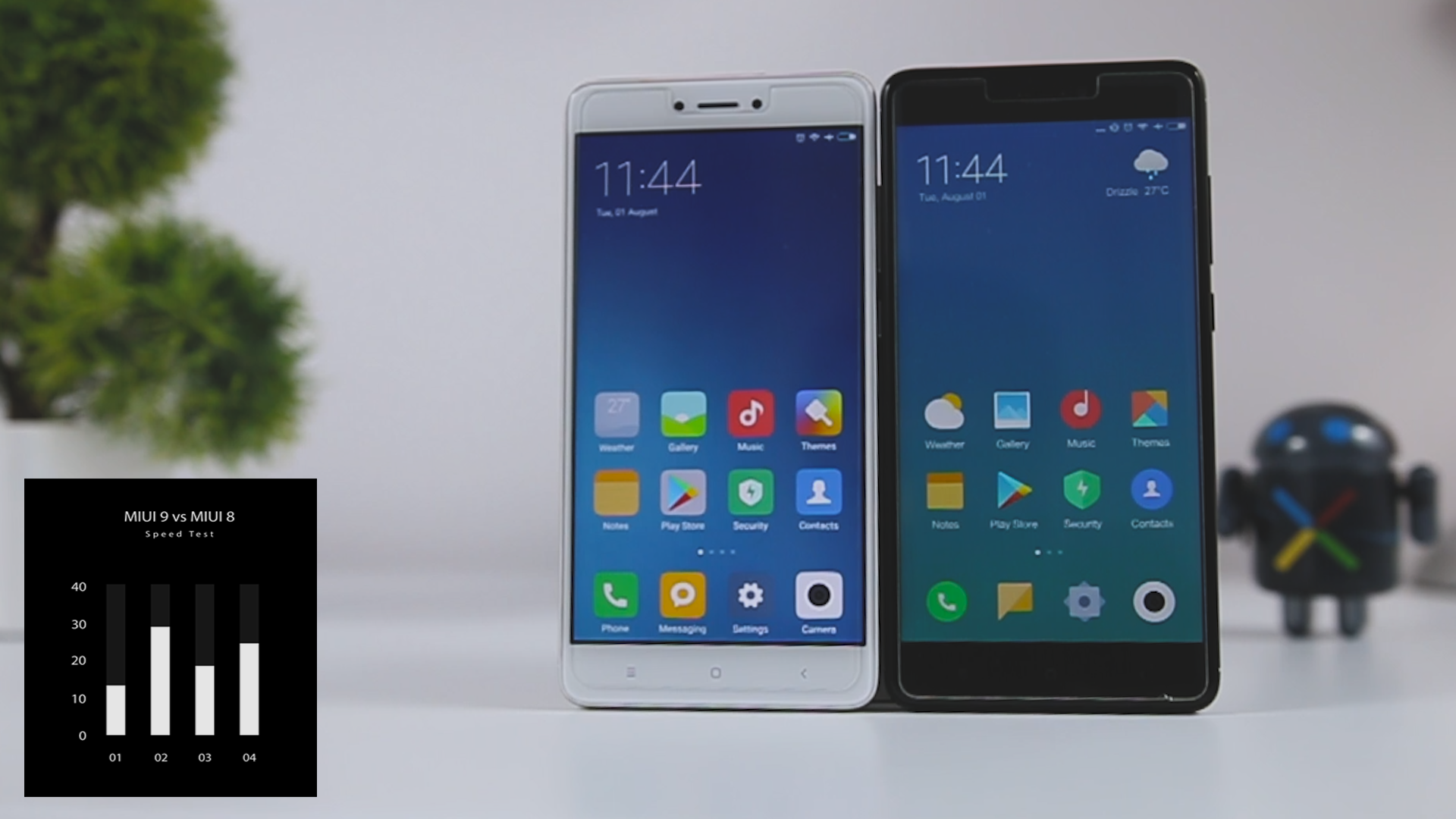