When Xiaomi Mi 5S features began appearing in different leaks, everyone was sure the main flagship of the Chinese Apple will be THIS handset. According to the rumors and numerous leaked info the Mi 5S should come with surefire features making this smartphone a pioneer in several niches. This was the main reason why people were eagerly waiting for the Xiaomi Mi 5S. In its turn, the manufacturer replaced the launch date for a few times. This gave hope there will be something worthy and all our expectation won’t be in vain. Finally, the Xiaomi Mi 5S was announced on September 27 at a special conference devoted to S-named devices of the company. Among those were two smartphones and a TV. Honestly, the Xiaomi Mi 5S and its sibling the Xiaomi Mi 5S Plus were unveiled with a number of top-notch specs, but most of users were disappointed of them. That’s why now we are looking for another high-end smartphone coming our way from Xiaomi before the end of the year, as only in this case we’ll find peace. 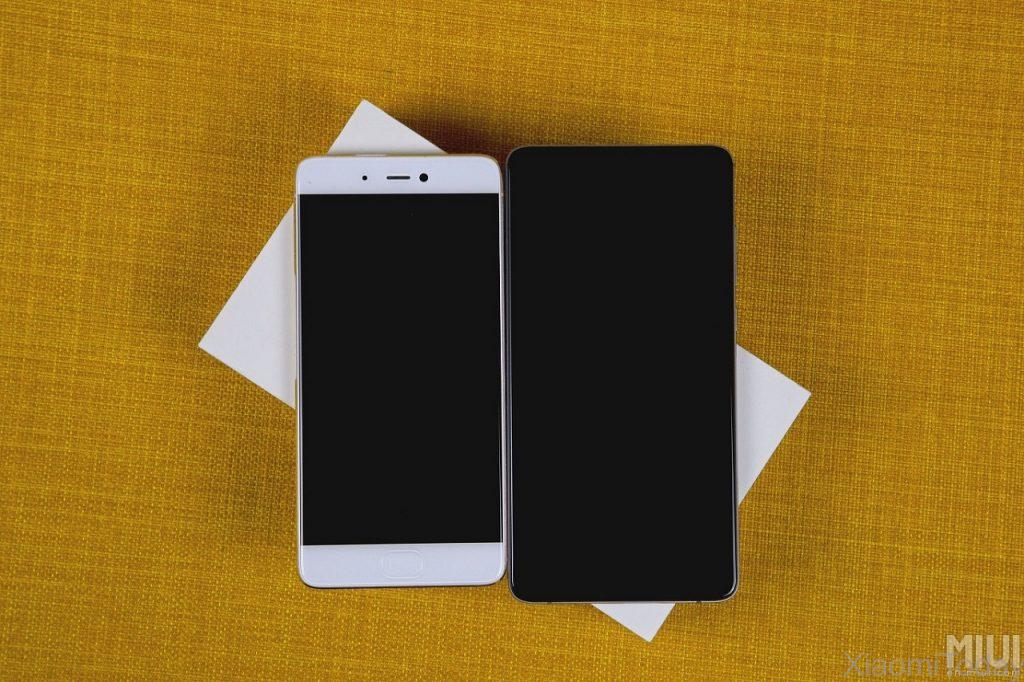 Obviously, the Xiaomi Mi 5S has been an anticipated device. When it was announced at the abovmentioned conference and it became available for pre-orders, the Xiaomi Mi 5S and Mi 5S Plus jointly got over 3 million reservations in a day. This was almost identical if compared with the original Xiaomi Mi 5 launched earlier. But the manufacturer can’t be proud of it, as there are better examples – the LeEco Le Pro 3 has gone in 15 seconds, while it reached 3.57 million pre-orders in 24 hours. This is a great handset too, but we can’t say the LeEco’s model is the way better than the Xiaomi Mi 5S. Almost the same happened with the Meizu M3 Max that got 3.3 million bookings in 24 hours. So the number of ore-orders should be disappointing for Xiaomi as well.

The Xiaomi Mi 5S had been rumored to come with a 3D touch screen, dual-camera, under glass ultrasonic fingerprint scanner, 256GB of ROM, a ceramic body like the Xiaomi Mi 5 Pro, Mi Pay payment system, Snapdragon 821 octa-core processor, and so on. But what we get instead.

First, the Xiaomi MI 5S screen supports 3D touch technology like the iPhone, but let’s be honest, no one will be surprised of this feature. Even Meizu has granted a patent for its mBack technology that looks more attractive and unique.

Second, the Xiaomi Mi 5S sports a single camera, and though the lens carry Sony brand and we have seen what a wonderful photos it can take, this camera can’t be compared with the cameras found on the upcoming Huawei handsets. Although the Xiaomi Mi 5S Plus sports a dual-camera, it still lacks dual OIS function. Thus it can’t be considered as the first device in this niche.

Third, though the presence of the ultrasonic fingerprint scanner on the phone had been confirmed earlier, it refers only to the home button. So it turns out the company has decided to move it from the back to the front acting like Apple. As sure as a gun, it’s a good idea to take all the successful technologies of the top brands, but most likely Xiaomi fans are waiting for innovative technologies like the Iris recognition seen on the Homtom HT10 and Huawei Mate 9. 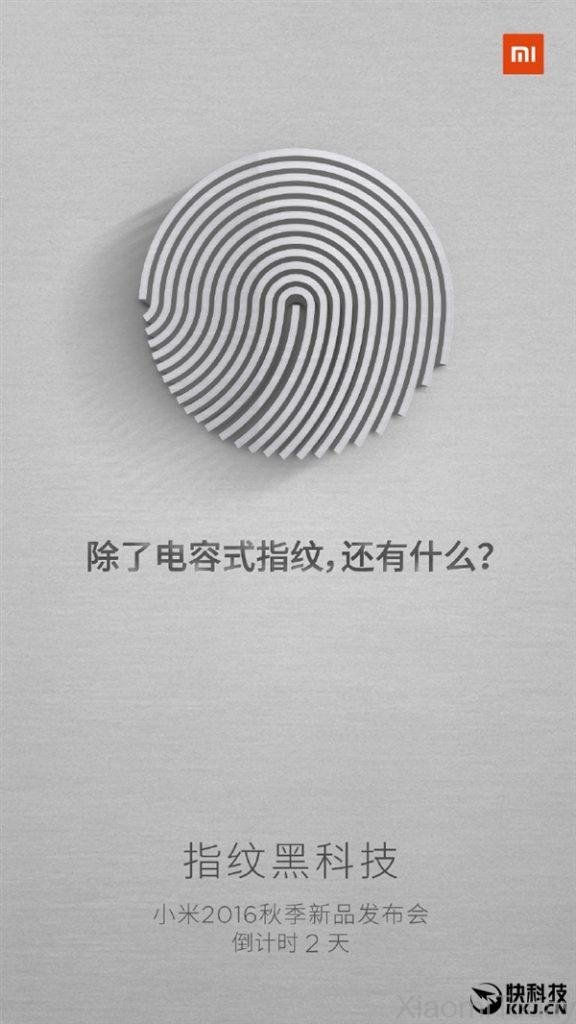 I have to say, there is no 256GB ROM neither on the Xiaomi Mi 5S nor on the Mi 5S Plus. The largest internal memory found on them is 128GB. I can’t say this is something disappointing, but I know many geeks should like to have a large memory on their handsets.

Fifth, probably the most disappointing thing found on the Xiaomi Mi 5S and mi 5S Plus is the fact there is no ceramic housing handset. I remember the world went mad when Xiaomi announced the Mi 5 Pro with such a body, and everybody has been waiting the manufacturer will continue this tradition. Surprisingly, Xiaomi announced two metal unibody phones at one evening. Though almost all high-end smartphones come with similar housing, Xiaomi should come up with something unique, again. I mean there is a list of metal housing smartphones such as the LeEco Le Pro 3, and even the Lenovo Moto Z that is the thinnest metal smartphone in the world. I mean designing a metal housing is not enough – it should have some uniqueness as well. So it turns out, Xiaomi ends the exclusive edition of the Mi 5 coming with ceramic body and launch any handset with it in the nearest future due to capacitive problems. This is reasonable and we have already found out why. But agree the metal housing found on both devices make many people reject the idea of getting these models.

I guess no one minds to have the latest CPU of US-based Qualcomm, but on the other hand you can’t say it’s the most desired chip. I mean it’s said the Meizu Pro 6 Plus with the Exynos 8890 and the Meizu MX7 with the Huawei Kirin 960. So it’s very difficult to say the Xiaomi Mi 5S and Mi 5S Plus are the fastest handsets in the market. Moreover, there had been a few other handsets launched with the latest Snapdragon processor, so even in this sense the Mi handsets are not the first.

As you see, here are tons of disappointing features found on the newly launched Xiaomi Mi 5S and Mi 5S Plus, but we love Xiaomi and we believe it will wrap up with something astonishing. It’s deeply believed to be the Xiaomi Mi Note 2 that has been leaked alongside with the Mi 5S earlier. The latter is said to sport a 3D touch screen with a curved diesgn, 8GB of RAM, Android 7.0 out of the box, a 3600mAh capacitive battery with quick charge option, etc. Of course, the aforementioned features are not enough to take the crown of the best smartphone, and if the manufacturer doesn’t put its hands on it, I guess the forthcoming Meizu and ZTE flagships will provide the same picture in October what we have seen in September. On the other hand, Xiaomi has been in such situations for many times and every time it came up with something special and handle the situation. 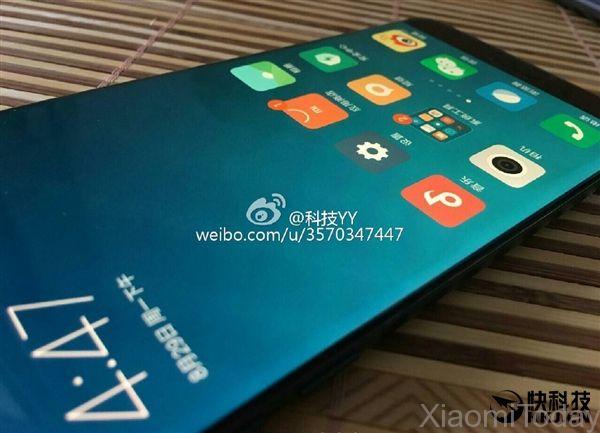 As of now, we believe the ‘savior’ will be the Mi Note 2, because the company has begun emptying the stores providing appropriate area for this model. First, the Xiaomi Mi Note got a price cut at 999 yuan, then this phone’s price slashed to 800 yuan. The same thing happened with the Xiaomi Mi 5S, when the company cut the price for its predecessor making it available for only 1599 yuan.

So if you are disappointed of the Xiaomi Mi 5S and Mi 5S Plus, don’t give up as the much rumored Xiaomi Mi Note 2 is coming sometime in October (or November, according to some sources). And no matter how it will be called – the Mi Pro or something else, because we want and believe Xiaomi will introduce a worthy flagship this year making everybody get their words back.