Like the great scholars will say, “Ignorance is a disease” because it blindfolds people from seeing an object as it truly should be seen. Jumper is a largely unknown gadget manufacturer unlike many of its competitors in the market. Before now, Jumper had previously started out the EzBook series by releasing the EzBook 1 and the EzBook 2. These were all clones of the MacBook with the EzBook 2 looking more like the MacBook 13 Air. Following up on this exponential progress, Jumper is launching the Jumper EzBook Air with the aim of providing consumers with quality gadgets at quite cheap prices. 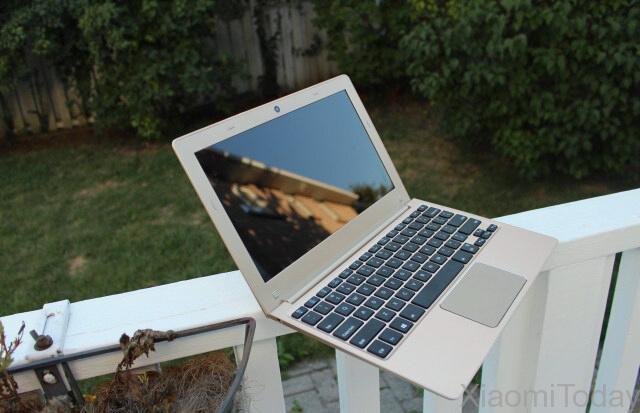 The Jumper EzBook Air is an 11.6-inch computer that was built as a cross between the MacBook Air 11 and the 12” MacBook. This device comes pre-installed with the latest version of Microsoft Windows, Windows 10 as its Operating System which is one of the highlights of this device

Also, its capability in terms of RAM space is equally impressive as it sports a 4gb RAM capacity, thereby making it the best amongst its competitors within the same price range. As such, this device can be said to be quite an awesome one with just a few of its qualities mentioned. To further impress you, the size of this system is a plus as it weighs less than 1kg (approx. 960g). Let’s take an in-depth look at some of the features of the Jumper EzBook Air.

Colour: Gold (from the pre-order website), there is the possibility of other colours.

It comes pre-installed with just Chinese and English. To install other languages, you need to first download them via Wi-Fi.

So these are the features of the Jumper EzBook Air. Let’s now go into details of this device. Hopefully, it would be interesting enough for you to make your choice.

Jumper EZBook Air Full Review – Is it worthy to be called a MacBook Air clone? 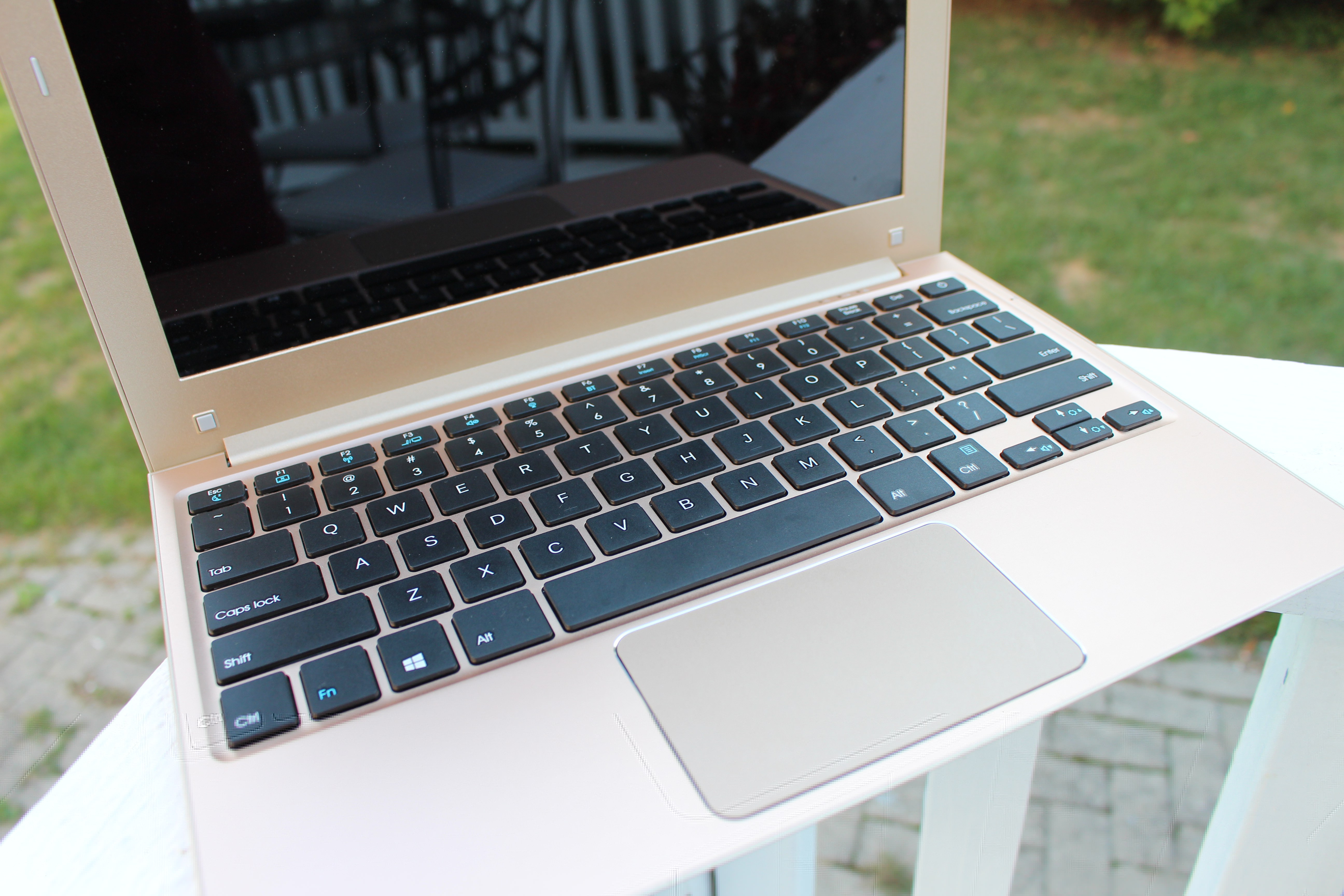 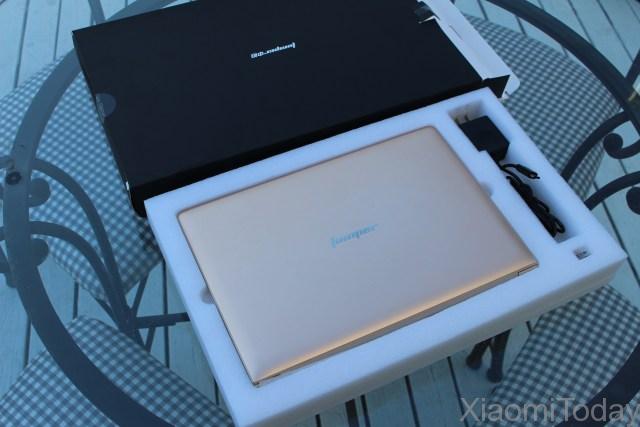 The laptop comes in a cardboard that has some sort of cushioning inside to protect the contents from any form of damage. 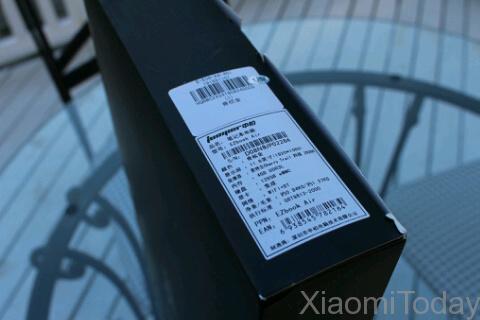 When unboxing this device, there will be one notebook device in the package, manuals in language that you’ll understand (based on your location’s official language) and a Type-C charger that will be suitable to the voltage requirements of your country. In order to get the best result, it is better to select the original country where the device will be used. This is because voltage varies from one country to another. A USB to USB Type-C adapter is also included in the box. Thoughtful of Jumper, I must say. 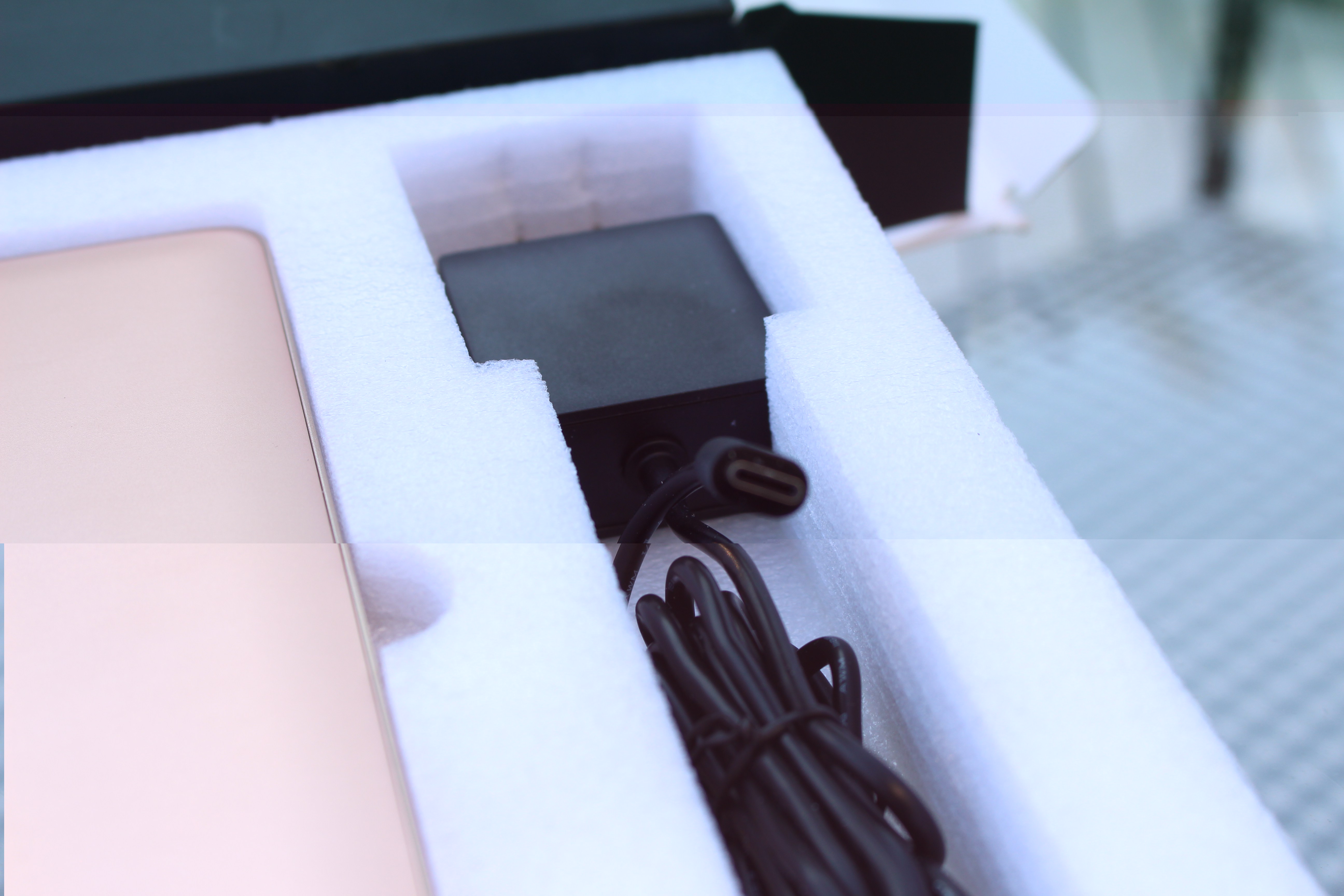 Here’s what you find in the packaging: 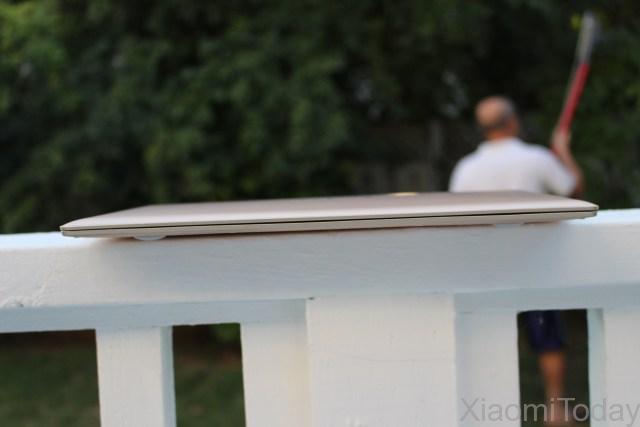 Here I will focus on the main product which is the Ezbook Air in particular. It is designed to a length of 294mm, breadth of 200mm and width of 14.9mm. This shows it is very compatible for transporting from one location to another. It also has a weight of 960g making it one of the best amongst the others in this industry. 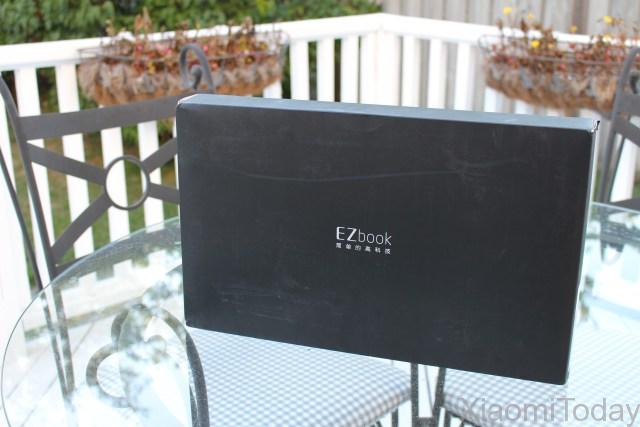 The Jumper EzBook air is not the first device to be released by the firm Jumper. Previously, Jumper had released two other devices. The Jumper EzBook Air, however, is their newest addition to the EzBook family.

Overall, this device has a strong build on the outside and looks as though it could withstand just about anything. On the front, the Jumper EZBook Air is fitted with a metallic material that helps to guard the screen against cracking when it mistakenly falls off. This is a major improvement unlike the previous generation of Jumper devices that came with an aluminium material design.

In order to help aid the easy emission of heat, the back of the Jumper EZBook Air is built with plastic material. What this essentially does is to help users easily detect an increase in heat early enough, so as to apply the necessary safety measures.

Coming down to the colour, Jumper has made only the gold colour available on the pre-order website. That’s all we know for now but it is expected that more colours would be made available in no time. The Jumper EZBook Air sports a rectangular-shaped design and has a thin breadth that is bigger at the back and thinner in the front, thus aiding ease of carriage. 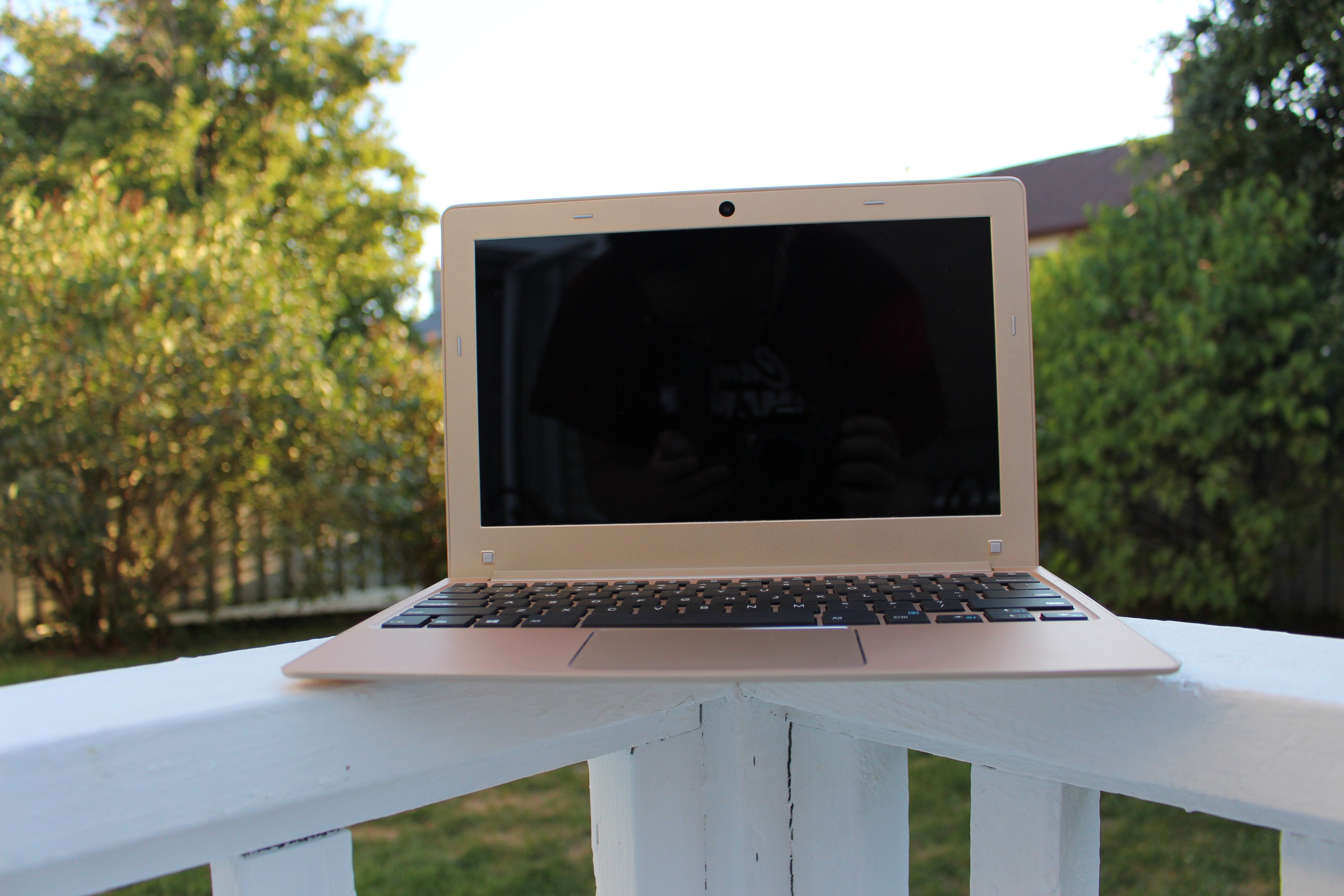 The Jumper EzBook Air has an 11.6-inch display with a screen-to-bezel ratio of 16 to 9 (16:9) which makes it accommodating to numerous software requiring users to make use of a device with a wide screen.

The screen has a pixel resolution of 1920 * 1080 FHD which is nice to the eye like others that belongs to this category. This is the same type of display quality found in other highly-priced computers.

The Jumper EZBook Air is pre-installed with the latest Microsoft Windows OS, Windows 10. The improvement made in this version of Microsoft Windows allows for easy turning on and turning off of this device. The processing unit (CPU) carries an Intel Cherry chip running on the 64-bit process and using four (quad) processing cores, making it able to install and run newly-designed PC applications and games.

It is also built with a 1.84 GHz CPU speed, although the present day laptop computers possess more than this (averagely 2.4GHz); the 1.84GHz is not bad overall as it is being projected by some. Other system features are standard coupled with a low requirement of power which is not more than 2W at most and a threading of 4.

The read access memory which is generally referred to as RAM (an acronym of the original name) is 4GB which is large enough for multi-tasking when required. This feature also allows the use of a number of heavy software that requires big memory space for effectiveness during usage. The Jumper EZBook Air possesses one RAM card slot in case the need to increase the RAM size arises.

Also fitted with this device is a hard disk with Read Only Memory capability of 128GB eMMC memory. An eMMC is similar to a memory card that is always found in mobile phones. The advantage of this when compared to other devices is that data stored on the memory can be easily retrieved if the computer gets faulty.

There’s the absence of a CD-ROM drive. As such, users would need to purchase an external CD Drive in order to read any CDs. While you might need to spend quite a bit in this regard, it still isn’t as pricey as those in the same category with it. 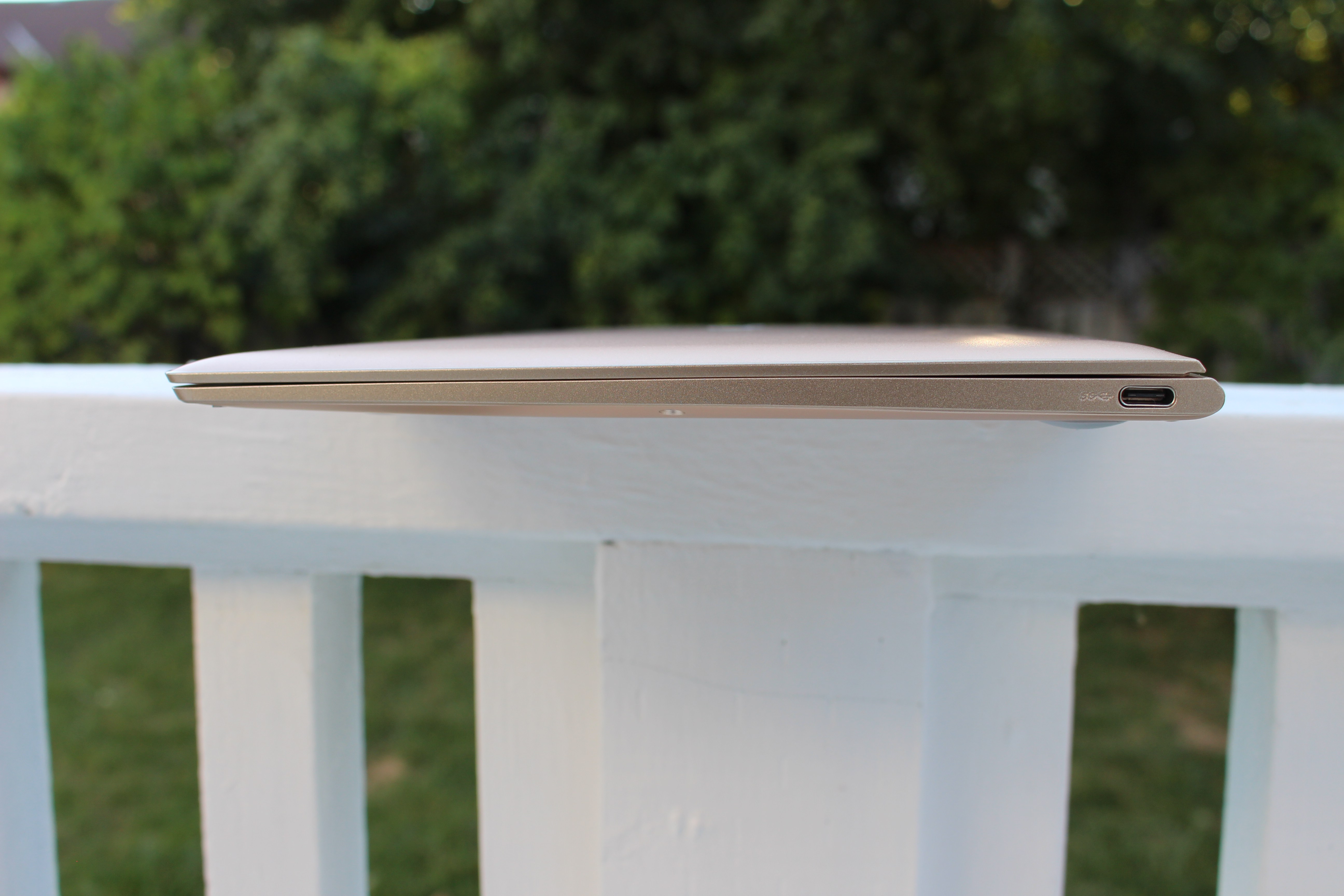 One of the necessities of a computer in this generation is a connectivity network that can compete and pair with other devices like the mobile phones, computers, among others. The Jumper EzBook Air computer is designed with a Wi-Fi connectivity of 2.4GHz/5.0GHz dual-band which allows users to flawlessly connect to networks and surf the web easily.

Also fitted into this device is Bluetooth version 4.0 which is the latest version of Bluetooth currently available. It is also webcam-enabled with a single camera of 0.3 megapixels well located in front of the device, slightly above the screen which is automatically switched on when the camera application is being opened.

In making a choice of a device to purchase, one of the major points to take into consideration is the Multimedia quality of the device. The Jumper EZBook Air is designed to support a wide range of video and audio formats.

For the video format, it supports the audio video interleave (AVI), the apple QuickTime format (moved) among others like MKV, MP4, RMVB etc. with all of these operating at 1080P resolution.

It also reads various types of audio format such as MP3, AAC, WMA, etc. The device is also designed to read electronic book format of different books and various image formats also. Also fitted with this device are loud and nice inbuilt stereo speakers with good sound quality and a microphone that allows you easily fulfil your studio fantasies. 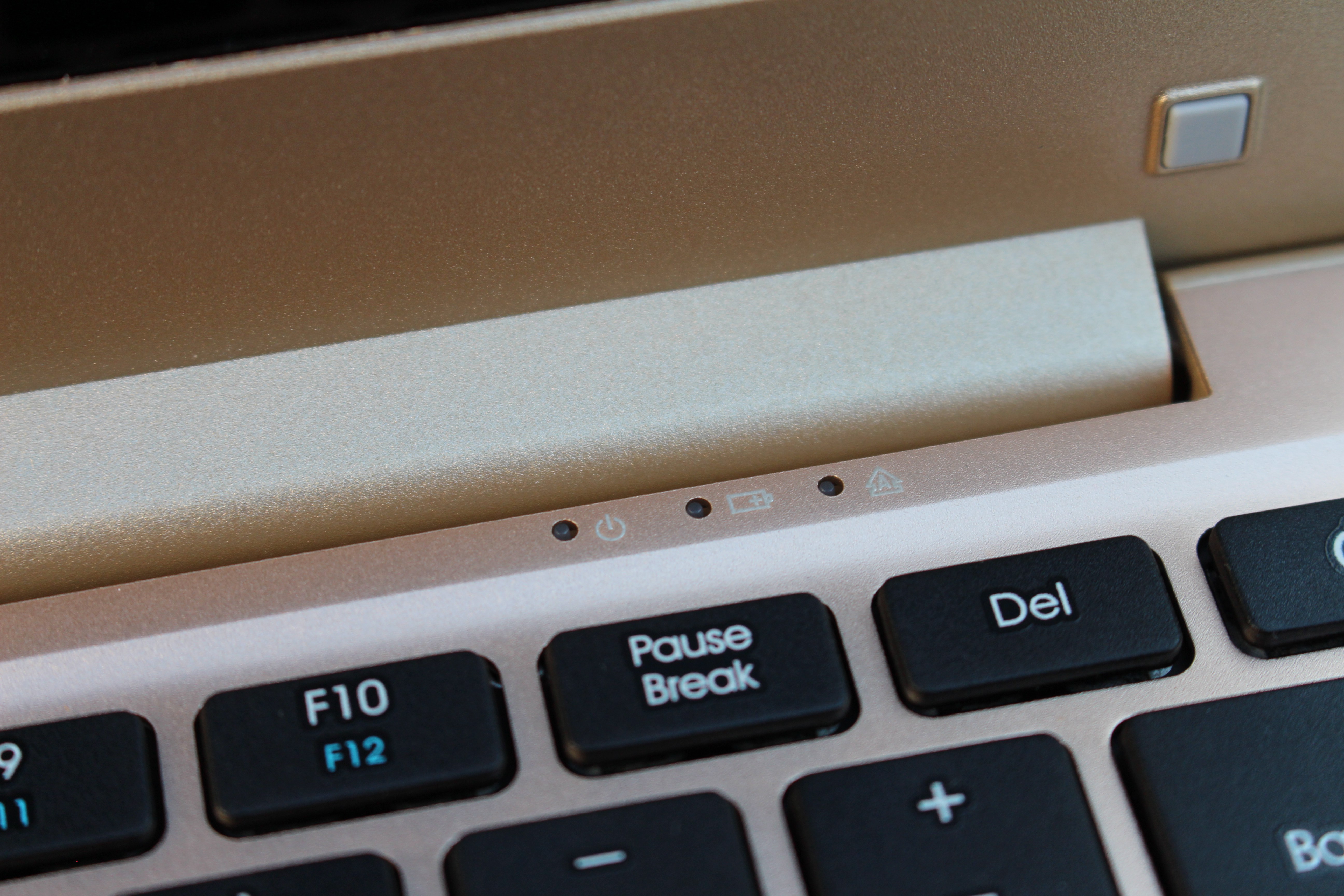 The device is operated on a Windows 10 interface which is pre-installed with two languages; English and Chinese. To make use of other languages on this device, you would need to download them to the device from the internet or installed from a Windows 10 CD. It comes with one type-C USB port which can be used for various purposes like transfer of a file from flash, external hard disk among others. 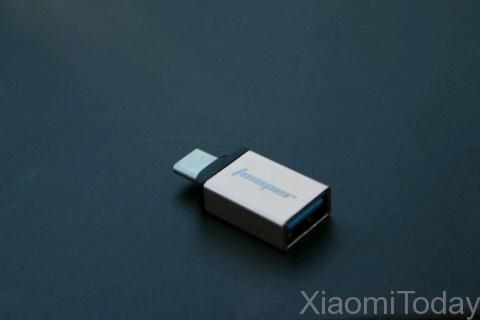 It also possesses a 3.5mm earphone jack for easy usage of an earphone. It comes pre-installed with some software applications like Gallery, Skype, task manager, Microsoft Office, calculator, sensors, readers etc. This software has been pre-installed so as to aid ease of use of this device. Users can install any software of their choice as long as they still have the required specifications for installing this software.

From our research, the battery can last for as long as six to seven hours with constant usage and can go as long as 10 hours with light usage. This is a great advantage for the device coupled with a good quality power AC adapter for recharging the battery. The adapter voltage range falls within the 110-240 voltage range which means any power above the 240V benchmark might cause quite some problems with the power adapter. Luckily, Jumper is making the necessary steps to ensure that the spare can be easily and affordably purchased.

The Jumper EzBook Air is definitely a must-purchase device considering the features that have been fitted with this device. Also, comparing it with other devices produced by the same company, we have been able to spot a number of improvements made so far. Some of these include; 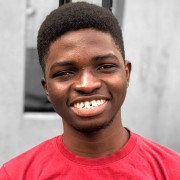